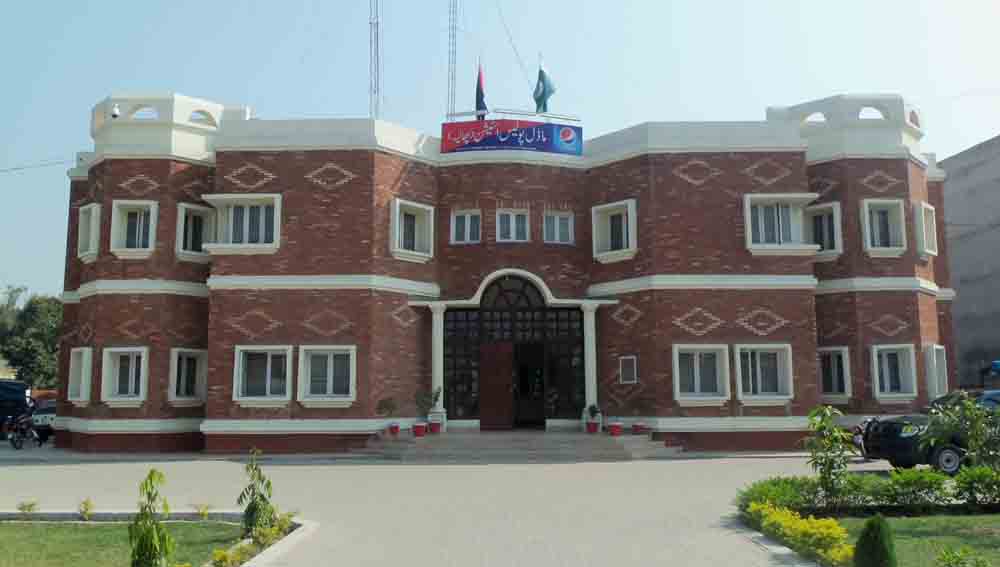 The Model Police Station is a symbol of protection and honor for a man, where services revolve around the people. The officers of Model Police Station are responsible to protect the life, property and liberty of people with the aim “Live to serve.”
The Punjab Government took comprehensive steps to change “Thana Culture”, uphold the principles of rule of law & natural justice, put maximum effort to set up a crime free society by promoting the concept of community policing to develop mutual confidence among the people and police force and tried to weed out impurities from “Thana Culture.”
Establishment of Model Police Station will improve the performance of Punjab Police becoming a symbol of help and protection of the oppressed and the outlaws could be taken to task. The Punjab Government took an initiative to declare 01 Police Station of Mandi Bahauddin as Model Police Stations (MPS). The building of Model Police Station has been designed especially in which substantial arrangements have been made for the process of investigations through modern gadgetry and computer technology. Police officials having professional abilities have been posted in these police stations so that mutual confidence among the people and police could be promoted by changing traditional Thana Culture. In the modern world, peace, security and the sense of security are the components to measure the scale of prosperity with in any nation. In order to make the environment of the city safer, the Mandi Bahauddin Police Department has taken the initiative to set up Model Police Stations to change the typical Police culture. These police stations will be model in their performance and shall play an active role to redress the grievances of the people. The environment of police station will be improved through these model police station and there will also be a considerable change in the professional performance of Police which will help to establish a safe and peaceful society.